Air cold-heat air conditioning was founded in 1932 and operated under the name “Schmidt - heating”. Grandfather led the company alone until 1960 and offered mostly services in repair service and installation of stoves. In 1961 father led the company and its operations. He continued on the same path as Grandfather. In the 70s the company focused on district heating and new heating methods, but continued to run under the name “Schmidt - heating”.

In 1982 Father attended a series of industry events to find new technologies and begin an expansion of the business. Not until the late 90s, the climate and filter technology began to play a role in our business.  “Schmidt Heating” was renamed “Air Cold-Heat Air Conditioning”. Since 2008, the company employs three staff members and trains apprentices, and it is still a family business. 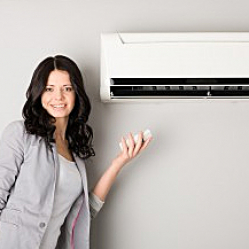